They used to start uh uh uh very soft at first and then louder and louder uh uh oh my god UH and after a bit you could listen as hard as you liked and still not know if you were hearing love or murder. It used to drive my husband crazy but at least our flat was warm and clean and it was ours. It was an ex-council flat which is to say we owned it. Which is to say we didn't have to struggle to pay the rent. I didn't work I looked after our boy.

My husband's wages paid the mortgage and not much else so by the end of the month things were always a bit wobbly. My husband was a copper and he wasn't just any old copper he was in bomb disposal. You might reckon bomb disposal wages would of stretched a bit further Osama but you'd reckon wrong if you didn't reckon with the horses the dogs the cockfights in the back room of the Nelson's Head and whether it was going to be a white Christmas. My husband was the sort of bloke who'd take a punt on anything so thank god he had a better track record with bombs than the at Doncaster. When we were behind on the bills I used to get teeth-chattering scared of the bailiffs Osama.

Whenever I could squeeze a fiver out of the shopping money I used to stash it under the carpet just in case my husband blew everything one day and they chucked us out on our ear. There was never more than a month of mortgage under the rug so we were always less than 31 days away from the street or only 28 days if my husband blew the lot in February which sod's law he would.

But I couldn't hold his flutters against him on account of he needed a thing to take his mind off the nerves and his thing was no worse than mine Osama I'll tell you about my thing in a minute. In bomb disposal the call can come at any time of the day or night and for my husband it often did.

If the call came in the evening we would be sitting in front of the telly. Not saying much. Just sitting there with plates on our knees eating chicken kievs. They were Findus they were more or less okay they were always his favourite. Anyway the telly would be on and we'd probably be watching Top Gear. My husband knew a lot about motors. We never could afford a new motor ourselves but my husband knew how to pick a good secondhand one. We mostly had Vauxhall Astras they never let us down. They used to sell off the old police Astras you see.

They'd give them a respray but if the light was right you could always see POLICE showing out from under the paint job. I suppose a thing can never really change its nature Osama. Anyway we'd be watching Top Gear and the phone would go and my husband would put his plate down on the sofa and take the phone next door. He wasn't supposed to tell me anything about the job but when he came back through the lounge there was one sure way to tell if it was serious. They always knew which were the real bombs and which were most probably just hoaxes. If it was a hoax my husband would sit back down on the sofa and gobble the rest of his chicken kiev before he left the flat.

It took him only 30 secs but he never did that if it was serious. When it was serious he just picked up his jacket and walked straight out. When it was serious I used to wait up for him. Our boy would be asleep so there was only the telly to take my mind off things. Not that it ever would of course. Holby made you nervous about death and chip pan fires and Newsnight made you nervous about life and money so between the both of them they could get you in a right state and leave you wondering why you bothered with the licence fee.

But I had to keep the telly on in case anything happened and there was a news flash.

So I used to just sit there Osama watching the telly and hoping it would stay boring. When your husband works in bomb disposal you want the whole world to stay that way. Nothing ever happening. At night I always watched the BBC.

I never watched the other side because I couldn't stand the adverts. A woman with nice hair telling how this or that shampoo stops split ends. It made me feel a bit funny when I was waiting to see if my husband had got himself blown up.


It made me feel quite poorly actually. Half the poor lonely sods in town are making a bomb these days Osama I hope you're proud of yourself.

The coppers make 4 or 5 of them safe every week and another 1 or 2 go off and make holes in people and often as not it's the coppers on the scene who get the holes put in them. They don't show it on the news anymore on account of it would give people the screaming abdabs. I'm not big on numbers Osama but once late at night I worked out the odds on my husband getting blown up one day and ever since then I had the screaming abdabs all on my own. It was practically a dead cert I swear not even Ladbrokes would of taken your money.

Sometimes the sun would be up before my husband came home. The breakfast show would be on the telly and there'd be a girl doing the weather or the Dow Jones. It was all a bit pointless if you ask me.

The story behind INCENDIARY

When he finally came in it was such a relief. He never said much because he was so tired. I would ask him how did it go?


And he would look at me and say I'm still here ain't I? When he was safe asleep I would go to look in on our boy. Our boy had his own room it was cracking we were proud of it. My husband built his bed in the shape of Bob the Builder's dump truck and I sewed the curtains and we did the painting together.

In the night my boy's room smelled of boy. Boy is a good smell it is a cross between angels and tigers. My boy slept on his side sucking Mr. Rabbit's paws. I sewed Mr. Rabbit myself he was purple with green ears. He went everywhere my boy went. Or else there was trouble. My boy was so peaceful it was lovely to watch him sleep so still with his lovely ginger hair glowing from the sunrise outside his curtains. The curtains made the light all pink. They slept very quiet in the pink light the 2 of them him and Mr. Sometimes my boy was so still I had to check he was breathing.

I would put my face close to his face and blow a little bit on his cheek. He would snuffle and frown and fidget for a while then go all soft and still again. 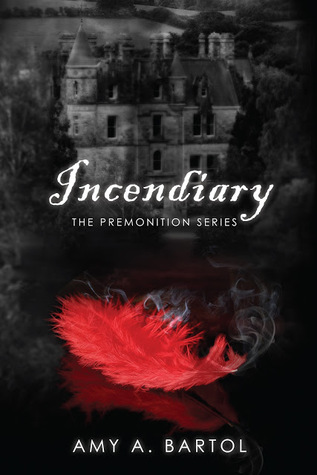 I would smile and tiptoe backwards out of his room and close his door very quiet. Rabbit survived. I still have him. His green ears are black with blood and one of his paws is missing.

From the Hardcover edition. Convert currency. Add to Basket. Condition: New. Seller Inventory ZZN. More information about this seller Contact this seller. Born in South Korea, she has lived most of her life in the United States. Read an Excerpt 1.

Continues… Excerpted from "The Incendiaries" by. Excerpted by permission of Penguin Publishing Group. All rights reserved. No part of this excerpt may be reproduced or reprinted without permission in writing from the publisher. Excerpts are provided by Dial-A-Book Inc. The Incendiaries probes the seductive and dangerous places to which we drift when loss unmoors us. In dazzlingly acrobatic prose, R. Kwon explores the lines between faith and fanaticism, passion and violence, the rational and the unknowable. Then, in high school, I lost the faith.